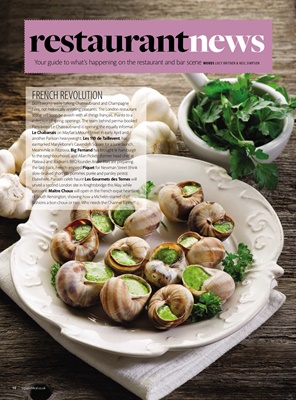 scene will soon be awash with all things français, thanks to a

collection of spring openings. The team behind perma-booked

Le Chabanais on Mayfair's Mount Street in early April and

to the neighbourhood, and Allan Pickett (former head chef at

unveil a second London site in Knightsbridge this May, while

patisserie Maître Choux will open in the French expat heartland

of South Kensington, showing how a Michelin-starred chef

fashions a bon choux or two. Who needs the Channel Tunnel?